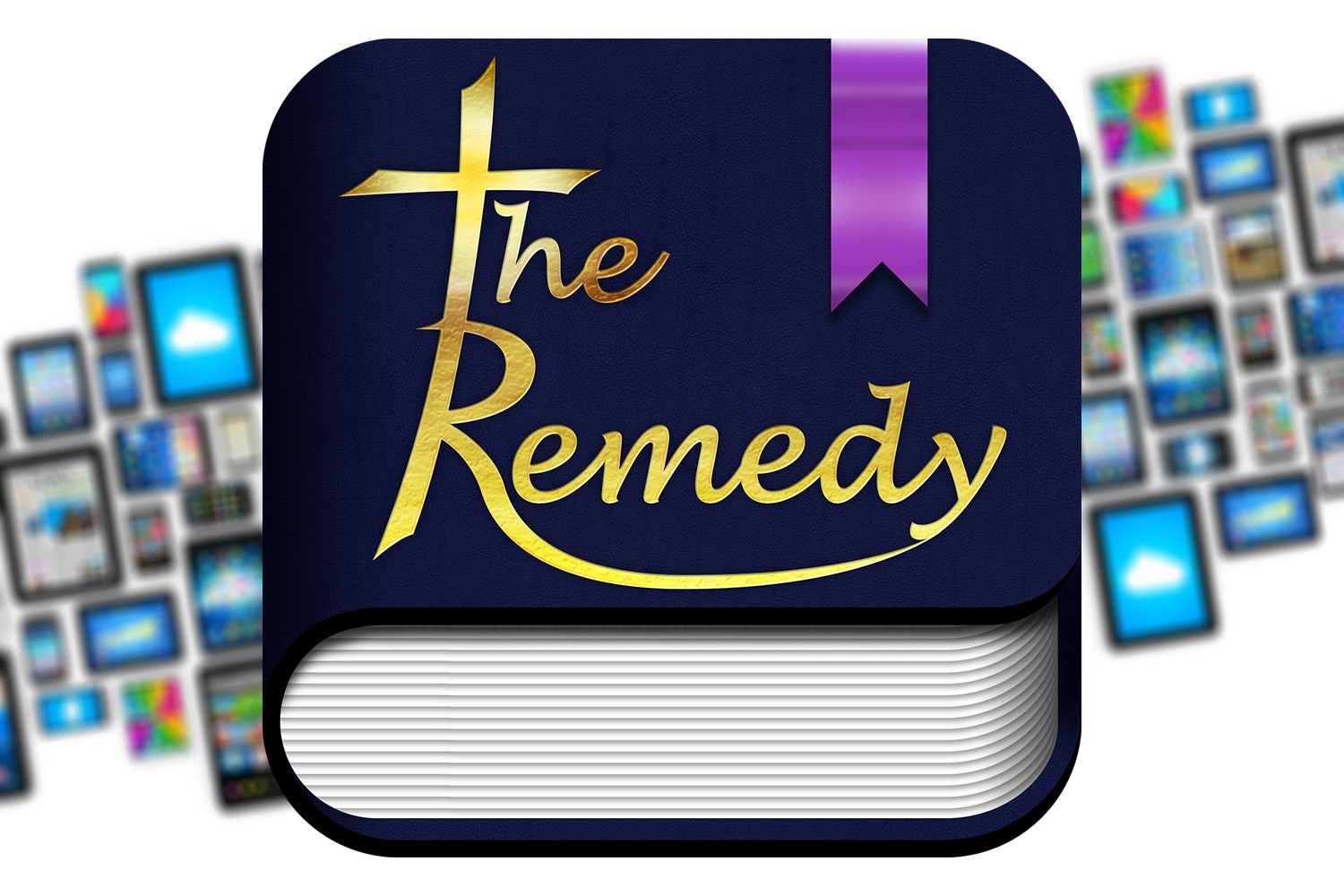 The Remedy App Is Now Free!

The Remedy New Testament Paraphrase app for iOS and Android devices is now FREE! Click these buttons to get it from your app store.

The Remedy is a New Testament paraphrase written by Dr. Tim Jennings, based on the concept that God’s law is love—the design template on which He built the Creation to operate. This approach is distinctly different from many other translations and paraphrases, which view God’s law as functioning no differently than the rules that humans enact—imposed laws that require imposed penalties. The Remedy removes this distortion, which too often misrepresents God as a being from whom we need protection, and puts the New Testament in its proper light: God working through Christ to heal and restore His wayward children.

If you haven’t had a chance to discover The Remedy, now is the time—and if you have been blessed by The Remedy, then share this free version with your family and friends!

The Remedy is now also available on the multi-Bible app, MyBible, a free app with powerful study features and many other free versions available. MyBible can be downloaded for Android or iOS.

From the maker’s app store description: MyBible will help you study the Bible carefully and deeply. It will make the Bible more convenient to read, as you will always have it with you without the need of an Internet connection. Bible translations in more than three hundred languages are available, including the original texts and early translations in ancient Greek, ancient Hebrew, and Aramaic. In MyBible you also have commentaries, biblical dictionaries, thesauruses, daily devotions, and powerful tools to help them all work conveniently together.

for Android (by Denys Dolganenko)

for iOS (by Serhi Maksymenko)

I am absolutly on fire with the message at Come and Reason! I can't get enough! I've read your book, blog, and articles. I've listened to your Bible study podcasts, your radio show, and your series – all excellent! It wasn't until the past couple of years that I have I like I'm becoming "healthy," with more to share with others than just beasts and commandments! I used to be a Bible worker and preached when the pastors were gone until I had had enough. I didnt realize at the time what the problem was, but i know now... the message wasn't properly focused. Now my flame is rekindled. All of your little examples are so perfect in explaining something "complicated" and making it easily understood! Now I'm trying to shape it into a life changing evangelistic series! Thank you!

I can't even begin to thank you and your ministry enough for introducing me to the Truth about a loving and merciful God! I have my daughter and her in-laws to thank for sharing with me "The God-Shaped Brain" as well as your website. I listen to the Bible study class lessons on my daily walk. May God continue to bless your thirst-quenching ministry!

My husband is a pastor and I listen to your lesson almost every week. Thank you for helping me in my study life and to help me love the "real" God more.

I got the book "Could It Be This Simple?" a few months ago and the reading was wonderful and I was fascinated. I lent the book to a friend at work. She is having a difficult time and the book is helping her to find Jesus and I found this very exciting. She has asked me questions and I can see her life changing.

Your teachings about our heavenly Father have changed my life. Thank you sooooooo very very much! I know He’s doing some serious healing in my heart and life and I look forward to each new day to learn something new about Him and to just hear you speak about Him. Thank you, forever.

[This ministry is the] biggest blessing I have ever received! Your DVDs and lessons could not have come at a better time in my life. I have experienced in the past year many difficulties that, if it wasn't for this wonderful view of God that I have discovered through this ministry, I would not have been able to respond in love and forgiveness. My heart is being transformed everyday by the Calvary-looking God you teach. Hallelujah!! I have tears in my eyes as I write, because my life has taken a complete turn from where I was heading.

I am from Central America. Most of my family is scattered in different parts of the world and all have the same view of God that I had growing up; a distant, exacting, and ready-to-punish-us-with-tragedy type of God. So, I have been translating lessons for my family and, to my surprise, they have also been sharing them with others! I can already see the difference. My brother has often said, "Thank you for sharing, I have never heard it this way!" My other family members are taking an amazing turn from a message of "repent or burn" towards a loving God, pleading to us that we won't reject him because he loves us eternally.

Thank you and may God continue to bless you as you share with others the intricacies of how we are all "fearfully and wonderfully made”. I must share that you have opened a whole new world to me, and I have found tremendous healing through what you have shared in two of your books, "Could It Be This Simple?” and “The God Shaped Brain.” I praise God for what you shared, what I have learned, and how I have grown and healed! My prayer is that My Precious Jesus will be seen by others in the way I live, act, talk, etc. and they may be encouraged to know He is truly a GREAT God of LOVE, desiring that no one should perish! God Bless you in your continued endeavors to present Him as He really is!

I'm a native Ghanan, but am currently in France for my master's degree. Prior to this, during my final years at undergraduate studies in Ghana, I was introduced to your ministry and I've been immensely blessed by what you share, especially about the Design and Imposed Laws. God richly bless you for that.

One of the first things I did when I arrived in France was to buy all four of your books. They not only helped me, but those I shared them with. I shared the message with an atheist student and I marveled at how God worked mightily in his life. Today this person shares the Love of God with others and debunks theories of who God is not. I want to share what you present in your "Heavenly Sanctuary and Investigative Judgment" pamphlet, because the message brought rest to my soul and I live today as a healthy person.

God bless you so much and your ministry.

I have been really blessed reading your response to the various questions on your site.

I was invited over a friend's house to see the "God and Your Brain" seminar today. I became [a christian] 36 years ago at the age of 19, but have struggled with the concept of God taking His 'pound of flesh' out on His Son to be appeased. Wow. Your seminar has been an incredible revelation and breath of reason and fresh air! I have your book, "The God Shaped Brain," and it is SO eye opening. Finally, after 36 years enlightenment has come! Praise the Good Lord! What can I say, but that the Real Gospel is truly "Good News!" Thank you for your efforts in giving the Gospel a clear sound!

I personally download and listen to each of Come And Reason Ministries Bible study class lessons and PDF study notes to use when teaching my class. Really appreciate the class especially when Dr. Jennings is teaching. Thank God there are persons like him doing His work and traveling to share His beliefs.

Thank you! I love listening to the Come And Reason Ministries Bible study classes and am using some of your notes to get the lessons together that I will be teaching. You always have such good quotes and Bible texts and pull things together to make good sense.

I continue to enjoy your lessons every week. The more that I research your conclusions, the more I am convinced that the Holy Spirit has lead you to distill out the essence of human redemption. Thank you for your courageous stand for the truth.

I really enjoy with you the view of a gracious God. Thank you for sharing the work you are allowing the Lord to do in you.