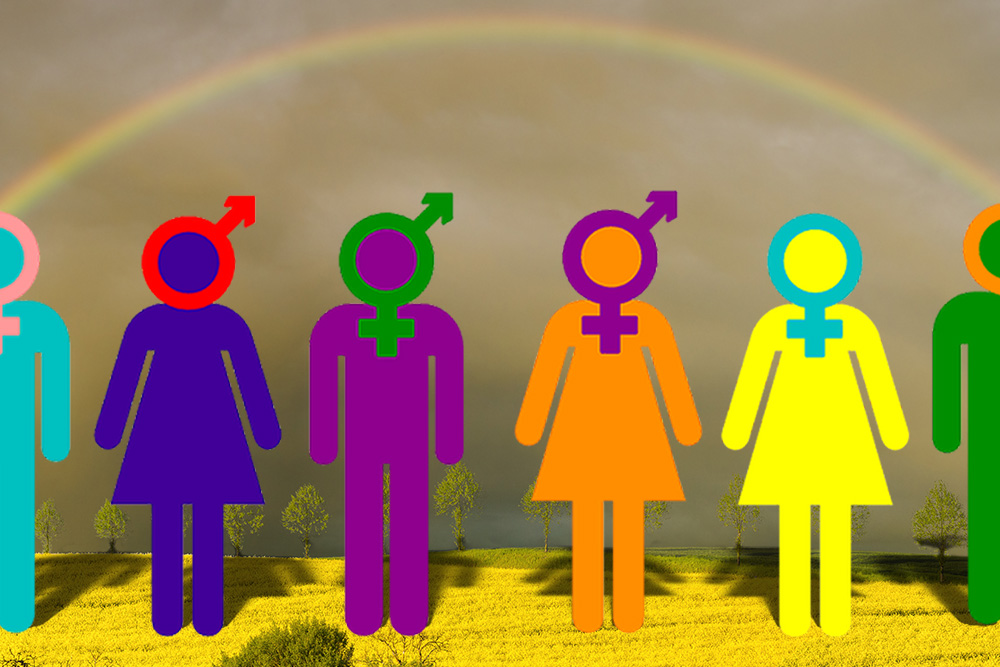 Transgender People and Our Community – A Rational Understanding and Approach

Therefore, I thought it might be helpful to try and set a framework, based on known facts and healthy principles, on how to relate to individuals in your family or community who identify as transgender.

Our society is in a place of major flux and the issues around gender often stir intense emotions and make healthy discussion difficult. Our challenge is to move past our own emotional gut reactions and refocus our actions on love for others, challenging ourselves to deal with others from compassion and concern for their welfare — as we would have them deal with us. In short, our approach, as Christians, in dealing with others, no matter who they are, is always to be like Christ — to love others more than self, treating others with respect, kindness, and interest in their welfare.

Your seminars are still inspiring and changing our lives and we continue to share the principles we have learned from you. Your ministry has changed our lives!

I was introduced to Come and Reason Ministries by accident, via a passing comment made in a bible study class we were visiting. I checked this website out and my life was changed. The understanding of the truth of God's character, and how we apply it, is so right. The tricky part is consistently applying which "lens" to look through. As I began to understand, I started sharing the basics of this understanding with a discussion group I was leading and, suddenly, a lot of things started to make sense that never used to. At the same time, I enjoyed an amazing opportunity. I was able to conduct a full bible study at WORK! What an amazing experience! It is such a joy to share the truth about God and to share how it all fits in the war between God and Satan. So many people benefit when we have a correct understanding about how God works and who He really is! Thank you for this transformational understanding. Keep up the good work! God Bless you!

After coming into contact with Come And Reason Ministries, I can finally say that many of my unanswered questions have fallen into place. I discovered that my view of God’s Law was “imposed laws and rules” with “imposed punishments” and that this was the major culprit of my many unanswered questions. Thanks be to God for using you and those around you to help us who have struggled with this "infection" of thought. I have now rejected the "imposed law" concept to fully embrace “Design Law”... to look thru “Design Law,” instead of “imposed law,” is a relief.

I just want to say thank you so much for your conversations via YouTube. I regularly tune in to your lectures, "Let's Talk" sessions, and many others. Through these I've found greater depth and meaning to God's word. Thanks for all that you do and please continue. I'm currently working in the middle of Silicon Valley at Stanford University. I feel like God really has me in the right place right now and I'm sensing that your teachings might be part of it.

The message [of Come And Reason Ministries is] for all Christians (and those who may become Christians) and not just Adventists or any other group. It is difficult to imagine why any [anyone] with intellectual and spiritual honesty could find fault with the way you explained the healing substitution concepts and the truth about God's character, though I know some will reject and criticize. On behalf of those in our group near Tacoma, WA, thank you and your staff for all of the hard work and for sharing the Gospel in this manner. God's message of healing love will be carried to the whole world and then Jesus will come - He promised it.

It was very touching to hear the testimony of your class share how viewing God's true character has changed their lives. My feelings are the same – there is so much freedom in knowing that God LOVES me – regardless of my... just, REGARDLESS! I'm still blown away by the true gospel, the fact that God is not ready to strike us when we fail. He is not arbitrary. He simply loves us and warns of the natural consequences because He can't stand to see us suffer. I AM IN LOVE WITH THIS GOD!!!

I have been sharing Come And Reason Ministries Bible study lessons with several folk. You have such a beautiful view of the plan of salvation. If we had this message preached when I was young, my generation would still all be in church.

I'm a native Ghanan, but am currently in France for my master's degree. Prior to this, during my final years at undergraduate studies in Ghana, I was introduced to your ministry and I've been immensely blessed by what you share, especially about the Design and Imposed Laws. God richly bless you for that.

One of the first things I did when I arrived in France was to buy all four of your books. They not only helped me, but those I shared them with. I shared the message with an atheist student and I marveled at how God worked mightily in his life. Today this person shares the Love of God with others and debunks theories of who God is not. I want to share what you present in your "Heavenly Sanctuary and Investigative Judgment" pamphlet, because the message brought rest to my soul and I live today as a healthy person.

God bless you so much and your ministry.

I personally download and listen to each of Come And Reason Ministries Bible study class lessons and PDF study notes to use when teaching my class. Really appreciate the class especially when Dr. Jennings is teaching. Thank God there are persons like him doing His work and traveling to share His beliefs.

I have found your Bible study class lectures to be very inspiring and useful as I prepare to teach class every other week. I subscribe to the podcast and download your notes on the weeks I teach. The audio and notes are such a great help in preparing. My own understanding of God’s character has grown as I teach the class. Commendations on the thought-provoking and well-prepared material Come and Reason provides. Personally, I get excited by the tie you make between the spiritual and mental/physical domains.

I cannot thank you enough for opening my understanding to the beautiful truth of God's Law of Love and how it applies to everything. I have been a Christian for over forty years, but I feel like I am only now seeing with my eyes open. Thank you, Thank you, Thank you!!

We were given a gift of the DVD set, "God and Your Brain," and we just finished watching it. The truths in this are so powerful and truly an answer to a prayer. We're seeing hope where once we thought God wasn't answering our prayers to be free of certain mindsets. He answered with these DVDs and we are hungry for more. Thank you!

I was born [into the church], then I left it for many years. 10 years ago, I came back, but I could not take the hypocrisy and the lack of answers to the missing pieces. I struggled, but I did not abandon my commitment to know the truth. God is leading me to the simple understanding of his relevance and I am relearning what the church taught me as a youth... that he loves me, that he has led me to a knowledge of him such as I have never known. He is using Dr. Jennings to connect the dots that are now so apparent and hiding in plain sight!

I can't even begin to thank you and your ministry enough for introducing me to the Truth about a loving and merciful God! I have my daughter and her in-laws to thank for sharing with me "The God-Shaped Brain" as well as your website. I listen to the Bible study class lessons on my daily walk. May God continue to bless your thirst-quenching ministry!