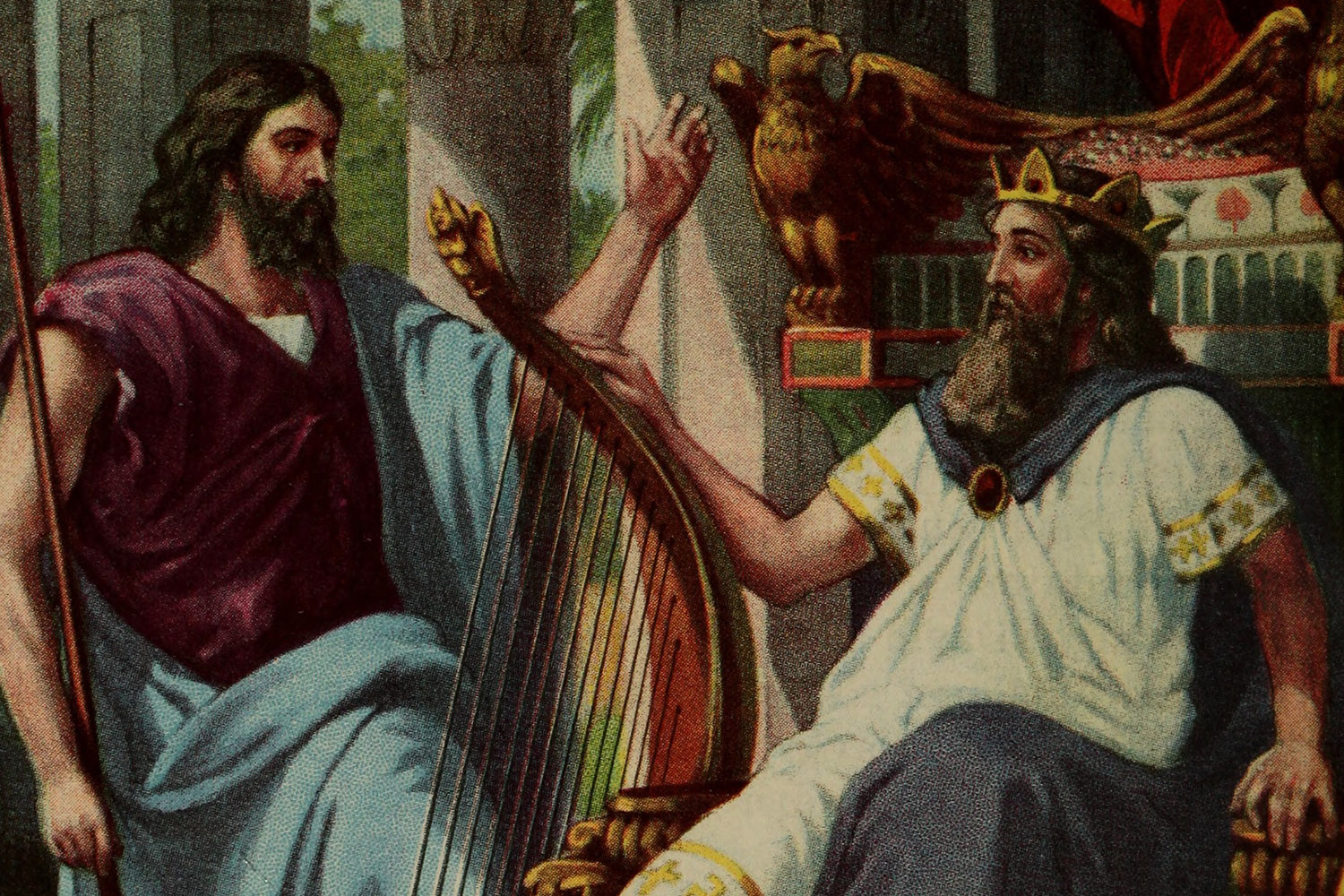 Tim Jennings, M.D. Timothy R. Jennings, M.D., is a board-certified psychiatrist, master psychopharmacologist, Distinguished Life Fellow of the American Psychiatric Association, Fellow of the Southern Psychiatric Association, and an international speaker. He served as president of the Southern and Tennessee Psychiatric Associations and is president and founder of Come and Reason Ministries. Dr. Jennings has authored many books, including The God-Shaped Brain, The God-Shaped Heart, and The Aging Brain. In 2022, Dr. Jennings became Chair of the Department of Psychiatry and Behavioral Health at Liberty University College of Osteopathic Medicine in Lynchburg, Virginia.

Thank you for the ministry you are sharing with us, it is a real blessing to us and especially to my husband and myself! You are encouraging us to think for ourselves and not just to except everything, without thinking it through, with God’s word!

The Healing the Mind DVD set tarted me on a journey that has changed my relationship with our loving God more significantly than any other study, and brought me to your book and Bible study podcasts, which I now listen to daily, thanks to the availability of archived content on your site and on iTunes.

I cannot thank you enough for opening my understanding to the beautiful truth of God's Law of Love and how it applies to everything. I have been a Christian for over forty years, but I feel like I am only now seeing with my eyes open. Thank you, Thank you, Thank you!!

I was born [into the church], then I left it for many years. 10 years ago, I came back, but I could not take the hypocrisy and the lack of answers to the missing pieces. I struggled, but I did not abandon my commitment to know the truth. God is leading me to the simple understanding of his relevance and I am relearning what the church taught me as a youth... that he loves me, that he has led me to a knowledge of him such as I have never known. He is using Dr. Jennings to connect the dots that are now so apparent and hiding in plain sight!

Your teachings about our heavenly Father have changed my life. Thank you sooooooo very very much! I know He’s doing some serious healing in my heart and life and I look forward to each new day to learn something new about Him and to just hear you speak about Him. Thank you, forever.

I really enjoy with you the view of a gracious God. Thank you for sharing the work you are allowing the Lord to do in you.

I came into the church at 21, but that is as far as it went. I was so confused about what love is. I couldn't find it in the bible, because I am not a person that can read between the lines. I have no logic. I have read many, many books; trying to figure out the crux of the matter. They were helpful, but something was still missing. I have become very frustrated to the point of crying out to God, "Where can I go?"  I needed some basics.

I found two books, written by Timothy Jennings, MD, to be very helpful. God showed me that I had lived my whole life in fear. I didn't even see it. Now, I do. God is so good.  I discovered the "The Remedy"  Dr. Jennings new book, "The God-Shaped Heart!" Oh, I was so excited, I purchased them right away.

I can get rid of most of my books, because "The Remedy" brings the Love of God out so clearly, even I can't miss it. Now, I want to sit and read my Bible. Wow, what a revelation! It is just simply Awesome! I am so grateful to Jehovah Almighty for hearing my prayer for more understanding! I am so encouraged!

I have been blessed by your ministry. I have experienced personally, and deeply resonate with, the God of love and the beautiful picture of God’s character that you present. I have seen your seminar series on YouTube, read 'The Journal of the Watcher' book, used your mobile app, and also listen/study the bible study lesson with you each week. I concur with many of the thoughts and perspectives that you share. I understand your conclusions on natural laws vs imposed law and the legal/penal substitution (incorrect diagnosis). This makes perfect sense to me.

I just want to tell you how blessed I have been reading "The Remedy!" It has become a daily part of my devotional relationship with God. In it I have found a God of love and a God that loves me! The bible has come alive for me! It is the first time that I can say that I have felt hope fill my heart as I have read God's word. This is good news I can share! Thank you, Dr Jennings! Thank you for your heart for others. I can't put into words how this has set me free! It has strengthened my trust and love for God.

You have helped make sense of thirty two years of confusion. The material you freely provide reorganized so much of my life into such a beautiful pattern that has always been hinted at from within, but misguided with my training and what I was experiencing externally. My filipno parents, who were converted from Catholicism to SDA, were sincere and did their best to raise me the right way and I have deep respect for them. However, being immigrants and not understanding the language made for a difficult transition as I was growing up, which also applied to my spiritual growth as I learned the patterns of religion. I have been listening to as many bible study classes and reading blog posts as my time in a work truck will allow, searching for the practical applications of where spirituality and reality meet, and I thank you for helping me find that. You have helped me reach a point in which I can truly say that I love God, that I believe He loves me, and, like David, I delight in His law. God bless.

The message [of Come And Reason Ministries is] for all Christians (and those who may become Christians) and not just Adventists or any other group. It is difficult to imagine why any [anyone] with intellectual and spiritual honesty could find fault with the way you explained the healing substitution concepts and the truth about God's character, though I know some will reject and criticize. On behalf of those in our group near Tacoma, WA, thank you and your staff for all of the hard work and for sharing the Gospel in this manner. God's message of healing love will be carried to the whole world and then Jesus will come - He promised it.

I would love to have a copy of "Healing the Mind" DVDs to have in my therapy office. I enjoy having clients check out materials to enhance their therapy experience. I have sat under Dr. Jennings' teaching at an American Association of Christian Counselors convention and respect his work greatly.

I was introduced to Come and Reason Ministries by accident, via a passing comment made in a bible study class we were visiting. I checked this website out and my life was changed. The understanding of the truth of God's character, and how we apply it, is so right. The tricky part is consistently applying which "lens" to look through. As I began to understand, I started sharing the basics of this understanding with a discussion group I was leading and, suddenly, a lot of things started to make sense that never used to. At the same time, I enjoyed an amazing opportunity. I was able to conduct a full bible study at WORK! What an amazing experience! It is such a joy to share the truth about God and to share how it all fits in the war between God and Satan. So many people benefit when we have a correct understanding about how God works and who He really is! Thank you for this transformational understanding. Keep up the good work! God Bless you!

I have been watching your videos in The Power of Love seminar and I must say these have liberated me and have improved my relationship with the Lord. I am no longer terrified of him as I was before following your teachings.

The blessings of clarity and understanding you and your class inspire me to take from the word of God have impressed upon me so greatly the true, loving character of our Creator. I have found amazing freedom and joy through building a stronger, more intentional relationship with Him. What is new is that this is now a relationship built on love, reverence and respect rather than fear and obligation, and as such my eyes have been slammed OPEN as I am continually impressed by the manifestations of God's true character in His provisions for fallen man.